20 Years of the Development Leadership Consortium

Over the last two decades, the Development Leadership Consortium has graduated more than 500 nonprofit professionals into the Chicago philanthropic community. The mission of the Development Leadership Consortium (DLC) is to mentor new fundraising professionals and to engage them throughout their careers, encouraging their growth into committed, connected leaders. Since its establishment, the DLC has grown from a small series with a focus on Chicago-based foundations, to a volunteer-run 501c3 organization that, in addition to hosting professional development events throughout the year, offers two unique and highly competitive fellowship programs.

The DLC grew from humble beginnings and a desire to give back. Clyde Watkins, Senior Partner at Ter Molen Watkins & Brandt, founded the DLC shortly after entering the consulting field. After the Association of Fundraising Professionals (AFP) presented him with the Benjamin Franklin award in 1994 to honor him as a role model in the industry, Watkins felt moved to develop a more formal way to mentor and educate young nonprofit professionals. With an inaugural class of 12 fellows and pizza on the menu for every meeting, the DLC was formed.

Under Watkins’ direction, DLC fellows met monthly with various executive directors of Chicago-based foundations. “We went to Polk Brothers Foundation, we went to the Donnelly foundation, all the places that I knew the best,” Watkins said, “and (the executive directors) would talk to us about how they got their cool jobs and what the priorities of that particular foundation were. They would talk about the reality of a development officer wanting to come in to work at a foundation…they gave advice on all the do’s and don’t’s.” Although the locations and speakers rotated each meeting, the format remained constant: after a question and answer session with the evening’s presenter, Watkins and the fellows discussed what they had learned and how it related to their own professional development, along with numerous other issues related to professional development.

As the program grew in esteem and popularity, the DLC added another track for senior nonprofit professionals. Under the leadership of Tom Wick, SVP of Mission Advancement at the YMCA Chicago, the Management Fellows program trains nonprofit professionals looking to advance into leadership positions. The Management Fellows follows the same model as the original program—now the Annual Fellows—by helping participants build a strong network of contacts throughout the philanthropic community.

After over ten years running the program, Watkins passed the torch on to Nora Kyger, Executive Vice President of Ter Molen Watkins & Brandt, who expanded the program outside of the realm of foundations. “I started thinking…‘(What if) people who are new to the field got to see all the parts of philanthropy in Chicago?’” Kyger said. During her tenure, Kyger introduced speakers from a variety of fundraising backgrounds, including executive recruitment, philanthropic marketing, and board volunteers.

The 2017-2018 Annual Fellows was capped at 18 individuals selected from over 40 applicants. This is the largest DLC class to date, and the first class under the leadership of Amy Funk, Vice President of Ter Molen Watkins & Brandt. “It’s an incredible program, and I’m honored to help continue the tradition,” Funk said. “I’d like to deepen the diversity of our participant pool and expand the program’s reach to smaller nonprofits that don’t always get a seat at the table.” The two former facilitators, Watkins and Kyger, are still very much involved. “The program would never have grown to this level without their vision.”

To learn more about the Development Leadership Consortium, click here. 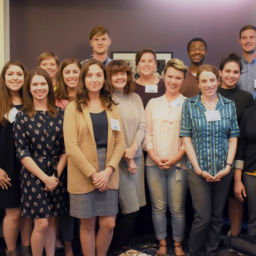 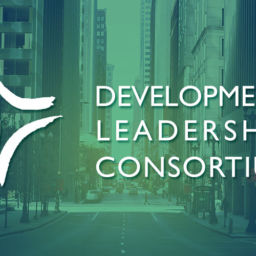 Chicago DLC Accepting Applications Through May 31 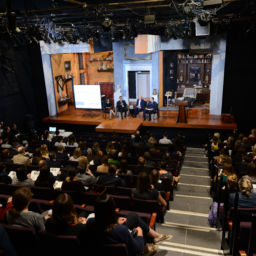