Beyond the Building: The Campaign for Marklund Day School

(The TW&B team was) so personable and so pleasant to work with…and from a transparency and scope of work standpoint, the stars were aligned. It felt like they really cared about our success, even after the engagement was over.

Marklund is a nonprofit organization that serves infants, children, teens, and adults with serious and profound developmental disabilities and special healthcare needs. With three residential locations, Marklund is currently home to 174 residents. Beyond their residential programs, Marklund Day School partners with area school districts to serve children with multiple medical needs; learning, emotional, and developmental disabilities; and those diagnosed on the autism spectrum. With such a wide range of ages served, Marklund’s facilities and programs are ever growing and evolving to serve a population that otherwise cannot be accommodated by public schools or government institutions.

In January of 2018, Marklund engaged TW&B to conduct a feasibility study to test an upcoming $15 million campaign, which would fund three specific capital projects:

Amy Funk, Senior Vice President; Heidi Waltner Pepper, Senior Vice President; and Nora Kyger, Executive Vice President, conducted an internal readiness assessment evaluating the fundraising infrastructure of Marklund, a full wealth screening of Marklund’s donor database, and a feasibility study testing the $15 million campaign goal. At the conclusion of the study, TW&B recommended a $6 million campaign goal specifically for the Day School, which proved to be the priority of Marklund’s board members, parents, and donors. This project also held the greatest potential for attracting new individual and institutional donors, which could improve Marklund’s visibility and prepare them for future success in fundraising for the two remaining capital projects.

When presented with the results of the feasibility study, the board agreed to pursue a campaign for a new day school and set the ambitious goal of opening its doors in Fall of 2020. Since this required breaking ground on the building before the campaign goal was reached, Marklund opted to secure a loan to begin construction.

Thanks to their extremely strong and active campaign leadership, Marklund successfully raised $5.2 million of their $6 million goal on an abbreviated timeline. Although the COVID-19 pandemic brought turmoil to the state of philanthropy and the economy at large, Marklund’s aggressive fundraising timetable meant that their campaign was largely unaffected. By spring of 2020, the campaign committee had already raised the majority of their goal and secured multi-year campaign pledges to serve as a means to pay off the building loan.

Marklund Day School Geneva, named the Foglia Education Center after the lead gift from the Foglia Family Foundation, welcomed its first class of eighteen students on August 20, 2020. The state-of-the-art facility meets the needs of children with multiple medical needs and those with autism spectrum disorders, providing high-quality individualized educational and vocational programming for students ages 3 through 21. 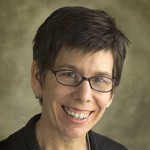 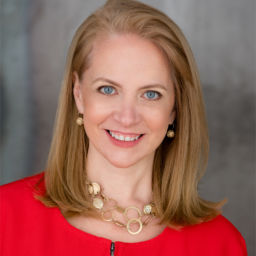 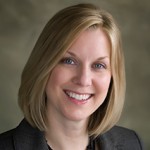