The Campaign for St. Ambrose University

TW&B helped us learn to use data to drive results. We’ve grown our database and are drawing major gifts from areas where we’ve never had donors before.

I could relate to the consultants at TW&B better than any of the other consultants we encountered from larger firms. They had experience with universities of our size, and even though we’re a small university, we felt we were a legitimate client.

St. Ambrose University is a private Catholic university established in Davenport, Iowa, in 1882. SAU enrolls both undergraduate and graduate students, with more than 60 undergraduate majors, 14 master’s, and three doctoral programs.

While the Wellness and Recreation Center was part of the university’s master plan created in 1999, it had never been constructed. The absence of a state of the art athletic and recreation center had become a noticeable gap in the amenities offered to students.

Along with the construction of this new facility, SAU sought to increase their endowed scholarships in an ongoing effort to offer more financial aid to incoming students.

Goals for The “Building Our Future” Campaign

“Building Our Future: The Campaign for St. Ambrose University” launched its silent phase in April 2012. Elements of the campaign included:

In order to be successful, the campaign committee needed to implement a restructured major donor strategy to create an emphasis on building a national network of engaged alumni. This was a transition from their previous strategy, which relied upon a group of more regionally-based long-term major donors.

TW&B was engaged by St. Ambrose University during the early stages of the campaign to help implement a data-driven strategy of donor identification and cultivation. Dean Rein and Jon Heintzelman partnered with SAU’s University Advancement leadership over the course of this record-breaking endeavor. Our role was to bring an independent perspective, coupled with our extensive experience in managing campaigns for mid-sized universities, to advise SAU on overall campaign strategies.

Throughout the course of the campaign, our counsel was provided as part of a true partnership between SAU and TW&B to ensure that the Building Our Future Campaign was not only successful, but that the university’s advancement program was in a better position to move ahead with confidence in future campaigns.

St. Ambrose University was able to exceed their  $18.5 million goal, raising enough funds for the Wellness and Recreation Center, which was constructed in 2017. This remains the largest capital construction project in the history of the university. Overall, 140 new major gifts were brought in during the course of the campaign.

Another area of emphasis of this campaign was growing the number of endowed scholarships St. Ambrose offers to incoming students. As a result of the campaign, SAU was able to add 30 new endowed scholarships, along with 10 additional planned through future estate gifts. Over $5 million was raised for endowment, designated primarily for scholarships.

Throughout the campaign, St. Ambrose was able to engage over 1000 volunteers and cultivated noteworthy alumni donors from 38 states. 60% of the campaign’s major donors were new major donors, validating the approach to engage alumni from across the country. The campaign also saw an increase in alumni contributions from the previous campaign.

St. Ambrose will be embarking on a capital campaign for extensive remodeling and expansion of McMullen Hall, the new home of the College of Business. Dean Rein will serve as campaign counsel for this upcoming campaign. 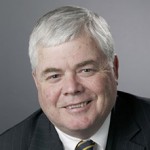 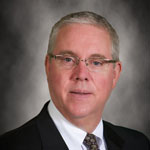